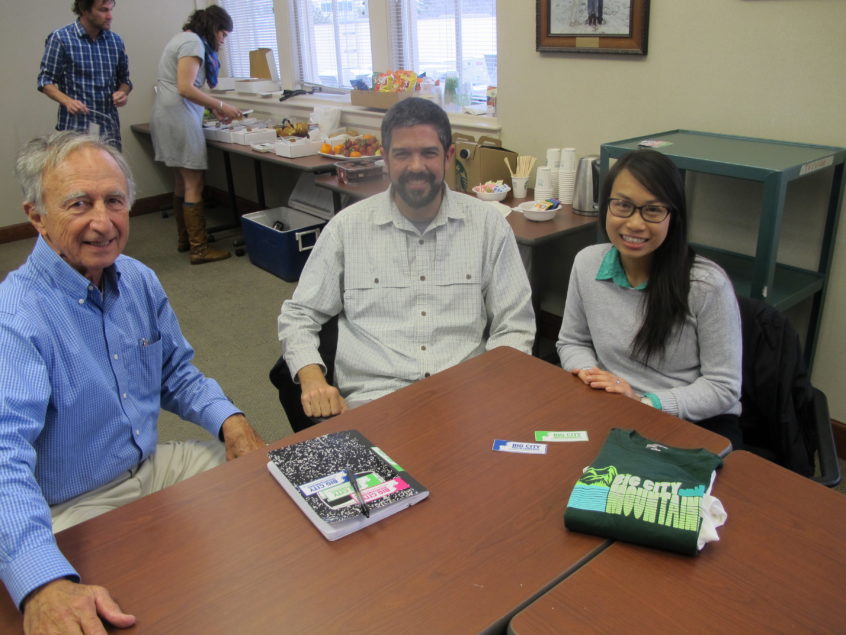 This is a short story about a young lady named Amy Tam.

In 1989, my son Drew, a real estate associate of mine, Jerry Gault, and I took a disadvantaged teen from downtown Miami on a high-adventure backpacking trip in the Bitterroot Mountains. The following year I put together a group of six adult leaders and six disadvantaged teens. My son Jim was one of those adult leaders. I knew then that we had a great idea of a non-profit; we called it Big City Mountaineers. The next summer there were three trips, one of which Jim led; there were five the next summer and seven the summer after that.

I just returned last Friday from a BCM board meeting at our office in Golden, CO. Elizabeth Williams, Big City Mountaineers staff member, told me that since BCM’s founding, teens and adult leaders have spent 36,000 nights camping under the stars.

In 2010 a girls’ trip out of Oakland included a teenager named Amy Tam. For Amy, as is true for virtually every teen, our high-adventure hiking trip was a physical and emotional learning experience in many ways. A few years ago we started asking qualified teens if they would like to come back as mentoring adults, and Amy was one of these. Then we thought, Why not have a student attend our board meetings? Amy was our first choice. Ben Gipson, Chairman of the Board of BCM, is in the center of the picture and Amy is on his right. I am proud to be sitting with them.