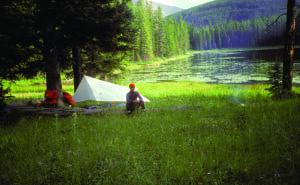 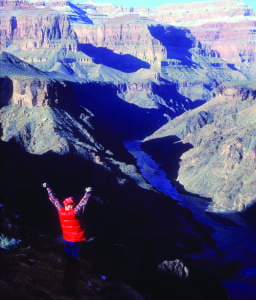 There is a serious trails concern for recreational hikers today, a significant group of 34 million that averages 18 outings a year.

We are a wide assortment of types.  I had lunch the other day with a 72-year-old insurance executive who had just finished hiking the 2650-mile Pacific Crest Trail. Since I am the founder of the Florida Trail he wanted my advice as to where he should hike next.  The movie “WILD,” the story of Cheryl Strayed’s 1000-mile hike, while in her 20s, also on the Pacific Crest Trail, is being released as I write this and will no doubt stir great interest in long-distance hiking.  She used the trail to put her life back together.  Last spring more than 2000 hikers left Springer Mountain in Georgia, the southern terminus of the Appalachian Trail, with the hope of hiking 2180 miles to Mount Katahdin in Maine before the snows hit in the fall.

But our trail system has a big problem: there are long, unprotected gaps in our long trails that can be closed at any time.  The hiking clubs that support these trails have no means to deal with these gaps.

In 1968, Congress passed the National Trails System Act around the bold idea of creating a system of long-distance trails and of funding the acquisition of gaps in the Appalachian Trail so that it was safely continuous from one end to the other.  States through which the trail passed were expected to acquire right-of-way, but not much happened.

Following Congressional oversight hearings in 1978, the job of acquisition was turned over to the U.S. Parks Service and things got rolling.  Now, thirty-six years later, the A.T. is continuous and preserved from end to end.  Since the passage of the act, ten other trails have been granted the National Scenic Trail designation by Congress, but they are poor sisters to the A.T., each vulnerable to miles of closure by private interests.  (See map of National Scenic Trails.) Even the glorious Pacific Crest Trail has 150 miles of vulnerable treadway.

Since I founded the Florida Trail in 1966, volunteers have built over 1000 miles of the 1400-mile trail, but we are stalling out and at a loss to know how to acquire the last 300 miles.

When acquisition began on the Appalachian Trail, about two-thirds of the treadway was already on public property.  Nevertheless, it took over 30 years and more than 2500 separate acquisitions to acquire all the treadway.  Now this icon is preserved for all time.  Over two million people set foot on the A.T. last year.

Congress granted the A.T. both funds and eminent domain to do the job.  Bruce Matthews, Executive Director of the North Country Trail Association, whose 4600-mile trail is about half complete, says that he can close the gaps with “collaborative agreements.”  Liz Bergeron, Executive Director of the Pacific Crest Trail Association, says what she needs is appropriate funding.  Here in Florida, we have neither funding nor eminent domain.  These trail clubs will either find the resources to complete their trails or they will be picked apart year by year as private interests develop their property.  At some point, segments of the trail will be permanently cut off from each other.

Hikers want trails in wilderness settings.  Since they tend to run through less expensive land, filling the gaps by acquisition is also less costly.  I calculate that all the right-of-way needed to complete the Florida Trail could be acquired for about the cost of three large interstate interchanges.

Congress did something grand for the country when it created the National Trails System.  In preserving the A.T., it created a template that could be used for the other designated trails.

The A.T. is now a unit in the National Parks System, yet it is unique.  The government has a management contract with a non-profit hiking organization that maintains the trail for all users.  Only 30% of the Appalachian Trail budget comes from the Federal government.  Thus, hikers cover 70% of the expense of maintaining the A.T. through volunteer hours of maintenance, 245,000 hours in 2013.

I have gathered a group of leaders in the hiking community to form Hiking Trails for America with a single mission: close the gaps in all 11 trails designated by Congress as National Scenic Trails, not just the A.T.

This mission is not an expensive proposition and doesn’t have to be tackled all at once, but we must get started.  Available wilderness settings along a continuous corridor won’t be available forever, and of what value is a trail if it is not continuous?  Our population is growing, faster than some wish.

Cheryl Strayed found peace and sanity by putting her body to work on a wilderness trail.  The invitation is there for everyone; it just won’t be there forever.