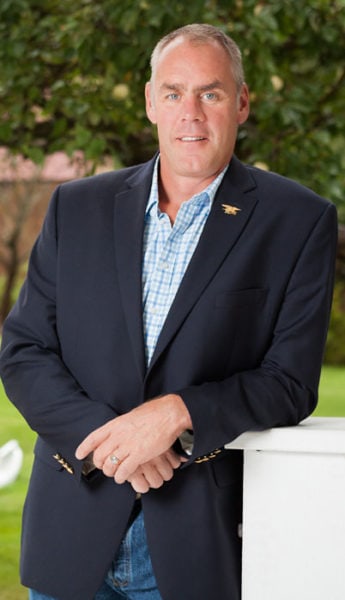 A lot of outdoor enthusiasts, conservationists, environmentalists and hikers, too, were despondent after the election, fearing that their hopes of focusing national attention on their issues were circling down the drain with the Republicans in control of the three branches of government.  I’ve had second thoughts about this view.

President-elect Trump created a brief stir when he told us that he saw nothing wrong with eminent domain.  I am sure many environmentalists were aghast.  But let me remind my hiker friends that the largest acquisition in the history of the U.S. Parks Service was the 700 some-odd miles it and the U.S. Forest Service purchased to protect the Appalachian Trail from Springer Mountain to Mount Katahdin, something everyone is pleased about.  The acquisition team used eminent domain 400 times in 2550 transactions.

Then I heard that Ryan Zinke was tapped to be Secretary of the Department of Interior.  “Another James Watt.  We’ll never get anything done.”  That view might be premature.  I read somewhere that Mr. Zinke wants more access for the public to our public lands.  I heard that he’s a hunter.  So it’s too early to write off the upcoming administration.  Until I am told otherwise numerous times, I will continue to believe we have a motherhood and apple-pie issue that all Americans will want.  Let’s make permanent the continuous right-of-way of all of our National Scenic Trails.